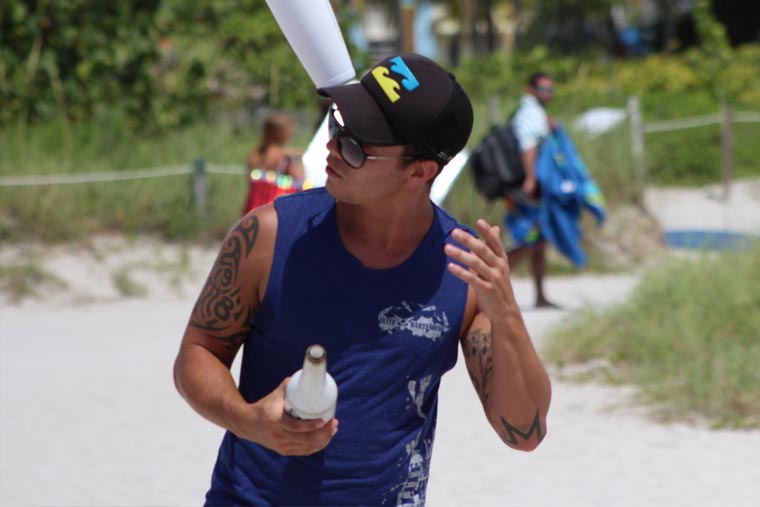 Flair Hard InstructorKevin Gibbons was born in Bristol, England. In 2002, at the age of 18 Kevin started his bartending career. Kevin worked in a local cocktail bar and began his knowledge on mixology and flair. For years Kevin worked in pubs and bars around England earning money to support his education in performing arts. After graduating from college Kevin wanted to take his stage career to the bar scene. In 2005, Kevin moved to Spain where he expanded his knowledge on the bar, learned advanced methods and techniques in mixology and flair, and mastered the psychology of bartending. Now well known for his crazy concoctions, Kevin wows his guests with great bottle tricks and satisfies them with fantastic mixology skills, at Room Service Lounge and Mangos South Beach. With over nine years working in and managing bars, competing in flair, creating cocktail menus, assisting in opening new locations, and teaching, Kevin brings his education and global knowledge to Miami Beach! 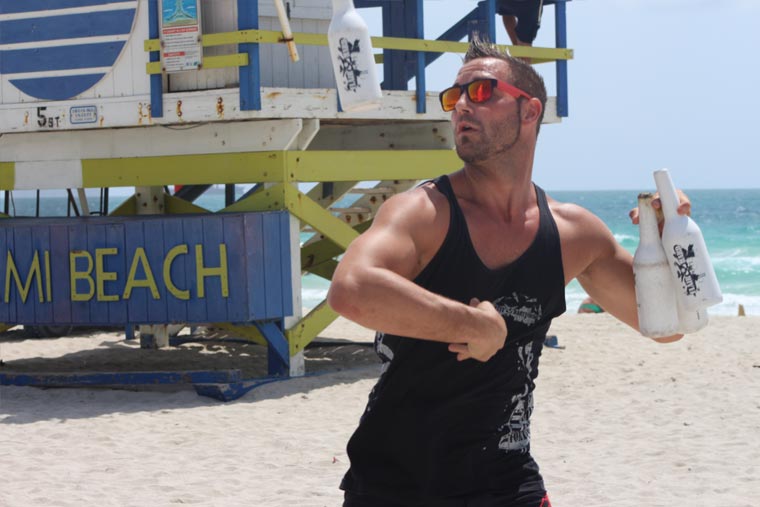 Flair Hard InstructorJeff “Flip” Fralich has been Flair Bartending for over 10 years. He amazes his customers with focus and dazzling bottle trickery. Flips adds his original moves and creative flair style into the Flair Hard Program providing an education that is inspirational to his students. Working with the Flair Hard Program for over 2 years now Flip is determined and driven to make sure his students learn their new craft. Flip’s carrier include appearances on Americas Got Talent , barproducts.com series The Pour Star, and to the final rounds on the Americas Top Bartender Competition. One of Flips great qualities is his ability to interact and educate his students in performing some of the best working flair in the world!! Flip provides challenging but attainable goals for all students to achieve by the end of the Flair Hard Program and by working hard, and maybe putting in some blood sweat and tears along the way his students will leave the program amazed and skillful! 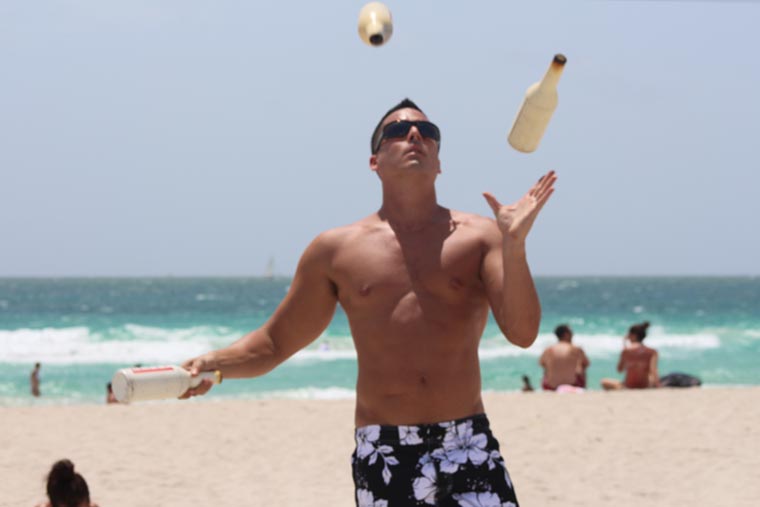 Flair Hard InstructorChad Tocco was born and raised in Las Vegas, Nevada. Chad moved to Miami in early 2001 and stepped foot into the Bartending world, working his first bar shift at the age of 19 at The Allstar Cafe on Ocean Drive, South Beach. Chads main draw and passion for bartending was and continues to be Working Flair and Mixology. For 13 years Chad has poured drinks at some of the most popular venues on the East Coast of Florida from West Palm Beach to South Beach, dazzling his patrons with fancy bottle tricks, fire acts, and great cocktails. Chad is a professional Flair competitive bartender, and has placed in the top three in over 30 flair competitions with several wins under his belt. In Spring 2012 Chad become overall points champion at the World Renowned Bartenders Bash Series beating out competitors from all over the US. 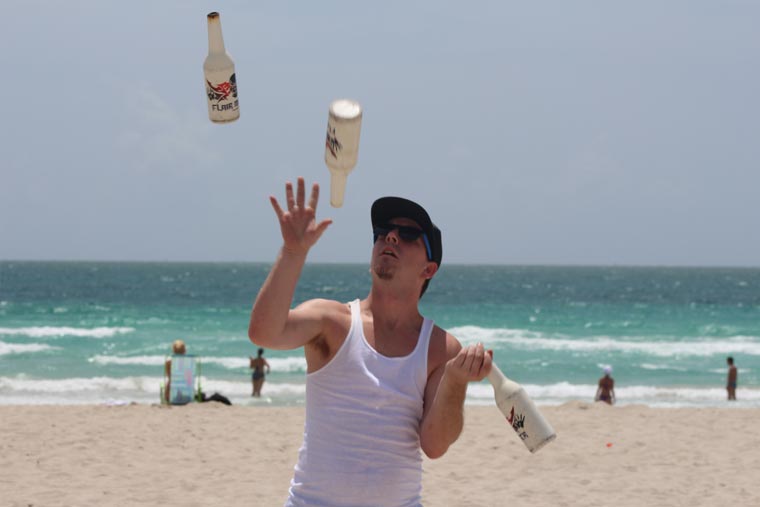 Flair Hard InstructorDanny Seigel has been Flair Bartending for seven years. Danny actively participates in dozens of flair bartending competitions , ranging from small regional competitions to national championships all over the USA. . In 2013 Danny tied for first place in the Bartender’s Bash Series in the Florida Keys with his impeccable performance in the Flair & Mixology category. With several articles published on the balance of Flair, Mixology, and Volume Bartending Danny brings his students the necessary knowledge for them to be successful in their new craft. Combine that with his skill and influential teaching ability and his students learn quick and Flair Hard.